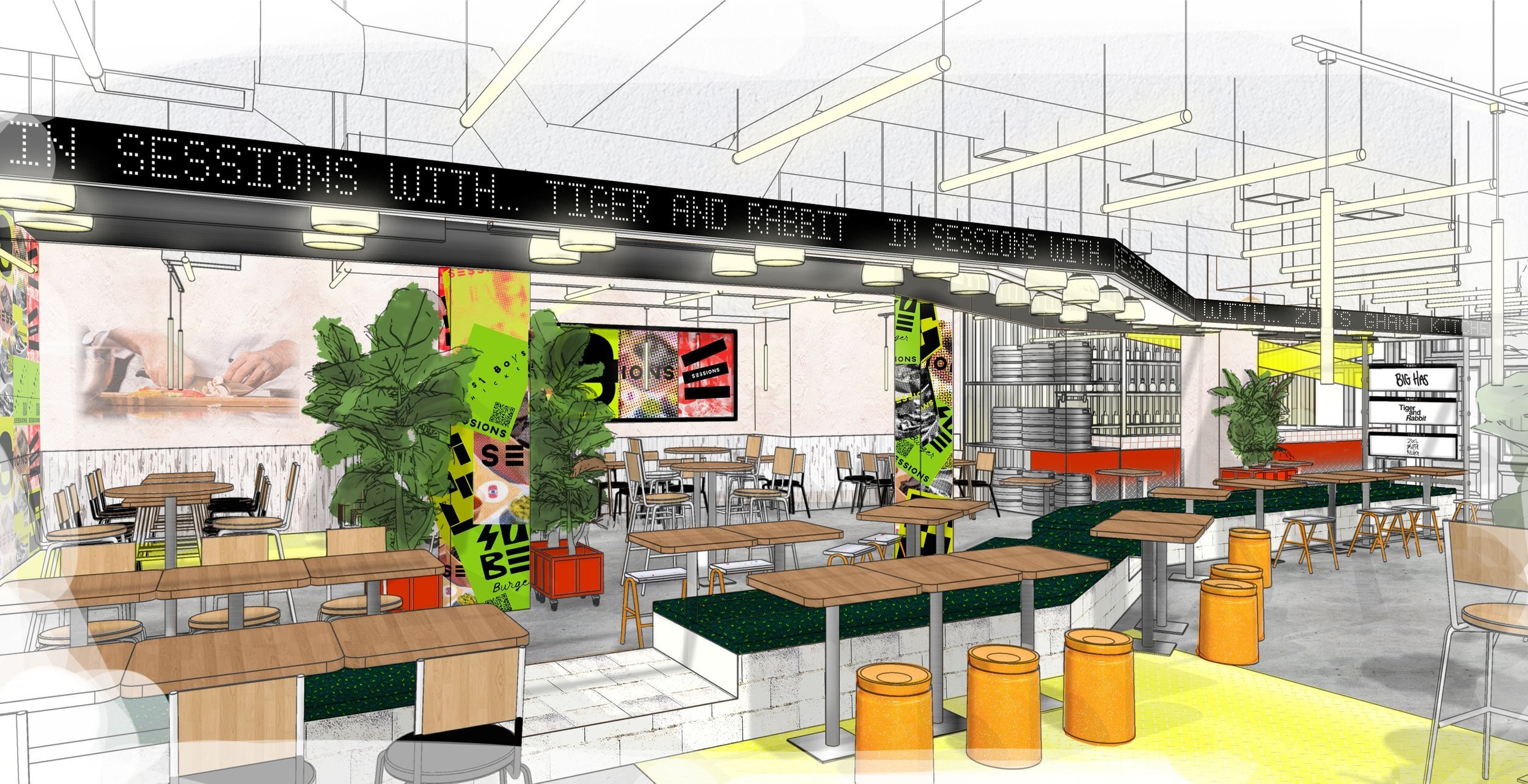 We're on a mission to connect you with pioneering chefs and their food and we're excited to announce our latest launchpad for the chefs who join our platform: the Sessions venue. Opening in Islington in August, the new venue brings our mission to life in a one-of-a-kind hybrid, where restaurant meets food hall.

The venue will feature four concurrent menus served for a limited time and developed in collaboration with a line-up of rotating chefs. All of the menus are available to choose from in a single order on our proprietary app and delivered in an environment where our chef's stories are celebrated.

The first chefs joining the starting line-up at Sessions are:

Hasan Semay – After 10 years spent cooking in and out of London restaurant kitchens and most recently amassing a dedicated following for his lockdown YouTube Series ‘Sunday Sessions’, Hasan is bringing his no-nonsense cooking to Sessions with his first brand, Big Has.

Jay Morjaria - Jay is a furniture designer turned chef, who founded central London's first meat-free cooking school, Sutra Kitchen, in 2013. Since then he's appeared on Million Pound Menu, cooked for the Korean Ambassador to the UK, established a residency JAE at Untitled Bar and in 2021 opened his first restaurant, Mamma Pastrama in Soho. Now he arrives in Islington with his new Korean brand, Tiger and Rabbit, which takes a playful approach to traditional dishes.

Zoe Adjonyoh – Zoe has spent the last 12 years pioneering an African food revolution through her supper clubs, residencies, and cookbook. Most recently she’s taken on the role of Director of Programs, Woman’s Leadership with the James Beard Foundation, supporting women in the hospitality industry. She returns to the UK hospitality scene with Zoe’s Ghana Kitchen at Sessions, a celebration of West African flavours, ingredients, and cultures.

Richie Hayes and Elliot Kaye – Richie and Elliot are London chefs committed to celebrating British culture through their classic dishes. They’re bringing their classing cooking to Sessions with their brand Norman’s - a breakfast menu inspired by the food they loved from childhood.